More than 50 riders begin their 342-mile charity cycle ride from Ashton Gate Stadium to Newcastle to raise money for The Transplant Association.

Founder of The Transplant Association, Kevin Mashford, was given less than six months to live after a lifetime of hospital visits, medication and major operations for his heart defect. Always keeping a positive attitude, Kevin managed to live a fairly normal life until his health took a turn for the worse.

He was told his only option would be to have a heart transplant. He was put on the urgent waiting list in January 2012 at the Freeman Hospital in Newcastle and waited 12 months until a match was found. During this time he started to deteriorate rapidly and was totally reliant on medication to keep him alive but Kevin was still positive.

“I felt the most at peace that I have ever felt in my life, I knew that this was just the beginning. I was just looking forward to getting better and I had never felt so calm.” 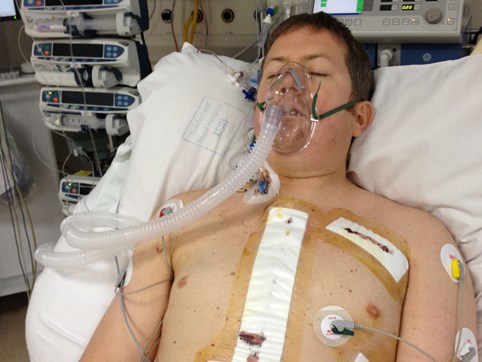 Twelve hours in the operating theatre changed his life.

“After the operation I immediately felt better, I looked different, I had pink cheeks for the first time in a long time. I couldn't believe how different I felt even after such a big operation.”

Little information is given out to transplant patients about their donors but Kevin wanted to know more so he could say some sort of thank you to this donor's family. He was soon told his donor was a keen cyclist and died in a cycling accident. This gave Kevin the urge to want to cycle in memory of his donor. Just one week after surgery Kevin decided to set himself the challenge of cycling seven minutes a day for seven days and soon he got the bug,

“I woke up on the morning of the seventh day, feeling pretty rubbish but the encouragement from my wife and family spurred me on. And it all started from there, I told my wife I have to keep this heart cycling”

Just 19 weeks after major heart surgery, Kevin took part in a 30 mile charity bike ride. He also spends a lot of his time talking to other transplant patients.

With a friend who tragically lost her husband after a lung transplant, Emma Osborne, Kevin set up The Transplant Association Charity which aims to encourage people to sign the donor register and fund further education for nurses to deal with the physiological struggle for transplant patients.

“Having a transplant is a huge life changing event not only for patients but their families too, so we want to make sure nurses have enough funding to signpost people that are struggling. It is a difficult process to get your head around and a lot of people struggle to deal with it. I had a lifetime of heart disease to prepare myself for transplant but some people who are really fit and well, and suddenly get heart problems, can find it very hard to accept.”

The charity is hosting a number of cycling events to raise money. The first major one being a 342-mile bike ride starting at Ashton Gate Stadium and ending at the Freeman Hospital in Newcastle, where Kevin had his transplant. Up to 60 riders will be setting off from what Kevin describes as the “heart of the city”.

“I have always been a keen Bristol Rugby and Bristol City supporter and with the new stadium taking shape, I thought it would be a great place to start our journey, I'm so pleased Bristol Sport has got behind me to help this happen.”

Fifty riders have signed up to do the whole ride but around 80 are riding certain stages. There is also the option of becoming a virtual rider.

“For me, post-transplant, there was no way I could have done a mile on a bike let alone over three hundred. Signing up as a virtual rider means you can still be part of the event by doing 342 of whatever you like” 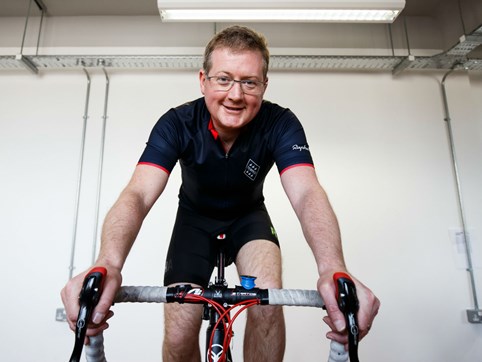 Kevin has been overwhelmed by the support from people in Bristol and so far over £25,000 has been raised.

Wave Goodbye To The Williams Stand